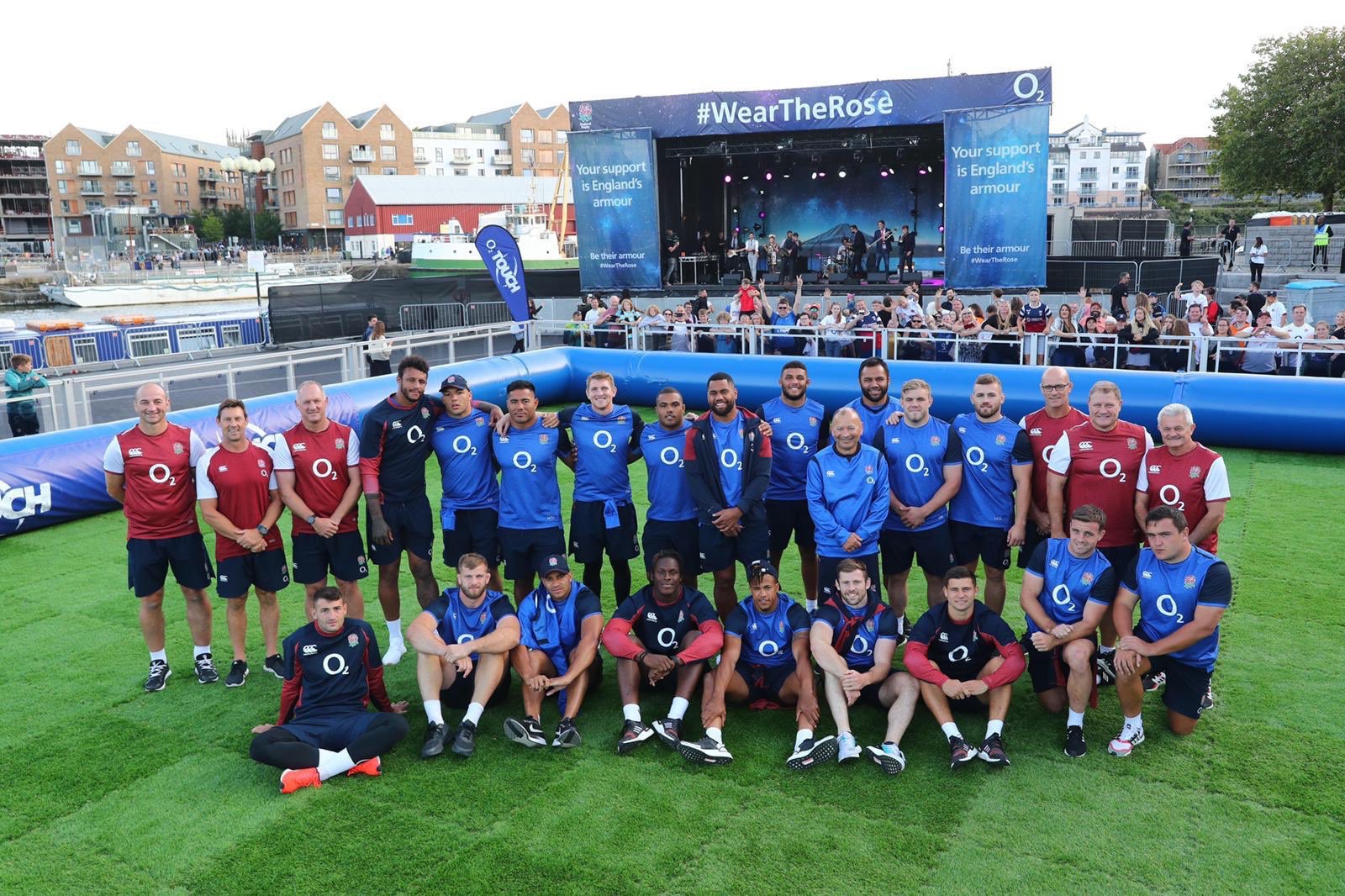 Posted at 09:21h in News by Imaginators

England Rugby fans were invited to show their support for the squad at this special event, hosted by O2 and England Rugby. A unique opportunity for fans to mingle with the team as part of O2’s Wear the Rose campaign in the lead up to the Rugby World Cup in Japan and featured Eddie Jones and the full squad as well as England legend Jonny Wilkinson and some special guests

The free-of-charge rugby festival saw the full men’s England Rugby squad and coaches spend an afternoon alongside the rugby community who’ll be able to rub shoulders with their idols officially selected by Eddie in the final 31-man squad announcement the day prior. The event will feature live music alongside a variety of carnival stalls and rugby games, manned by the players, with a chance for fans to win prizes.

The event will also include an O2 Touch tournament where teams will have the opportunity to showcase their running, agility and ball handling skills in front of an eager crowd, and England Rugby legends.