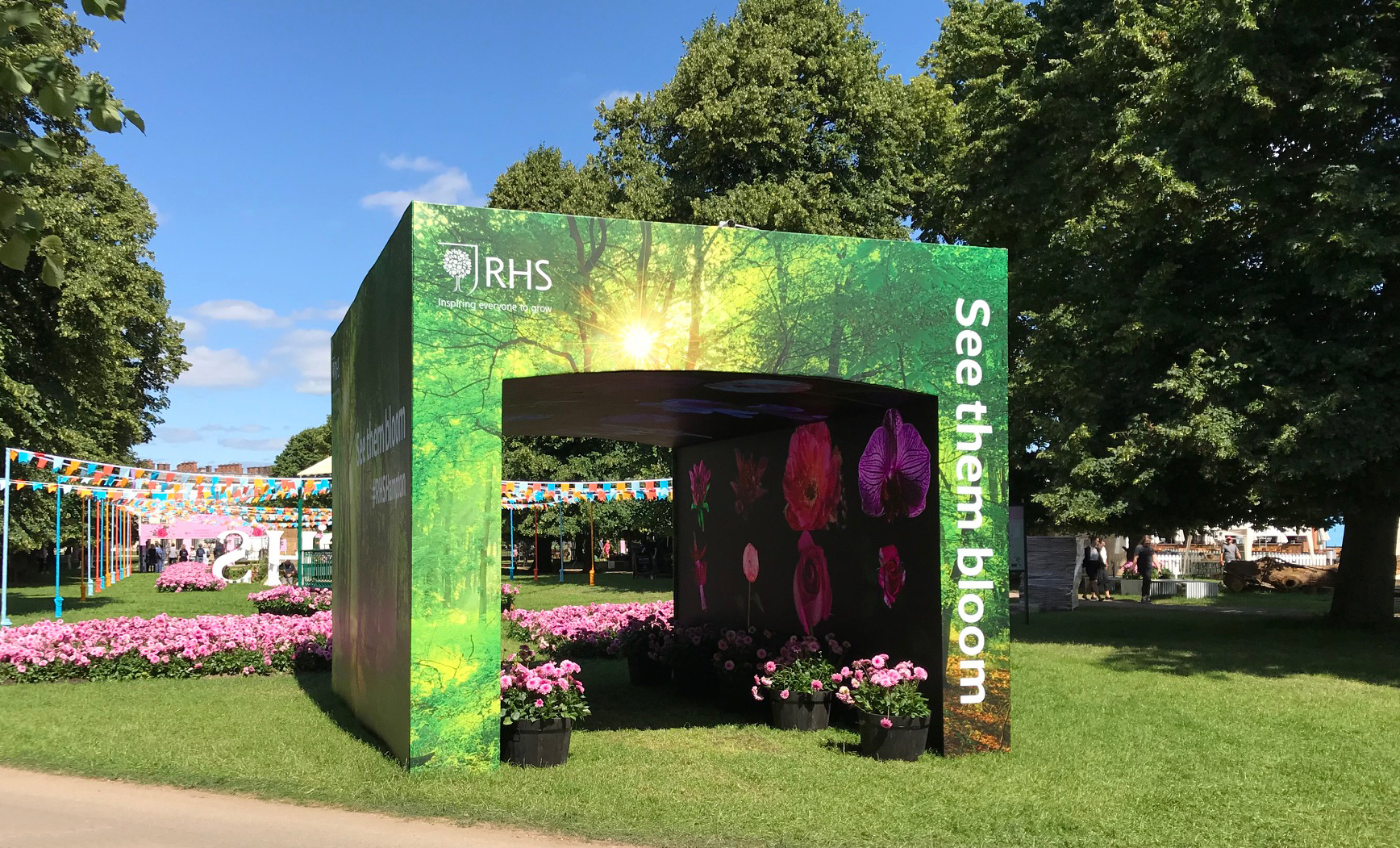 Posted at 10:03h in News by Imaginators

The RHS wanted to create a larger experience for visitors arriving at the RHS Hampton Court Flower Show. Imaginators were engaged to create large scale entrance features for the main thoroughfares for the show.

The main theme for the 2019 show was ‘The Power of Trees’. Imaginators project managed, developed and installed the entrances to include a giant curved LED video screen for the interior of the 11x8m entrance tunnel whilst the external surfaces of the structure were clad in environmentally friendly PVC alternative materials.

Imaginators project management team worked with our in-house installation team to manage the internal structure construction, video LED installation, set build and the installation of graphics. All materials were recycled after the event.