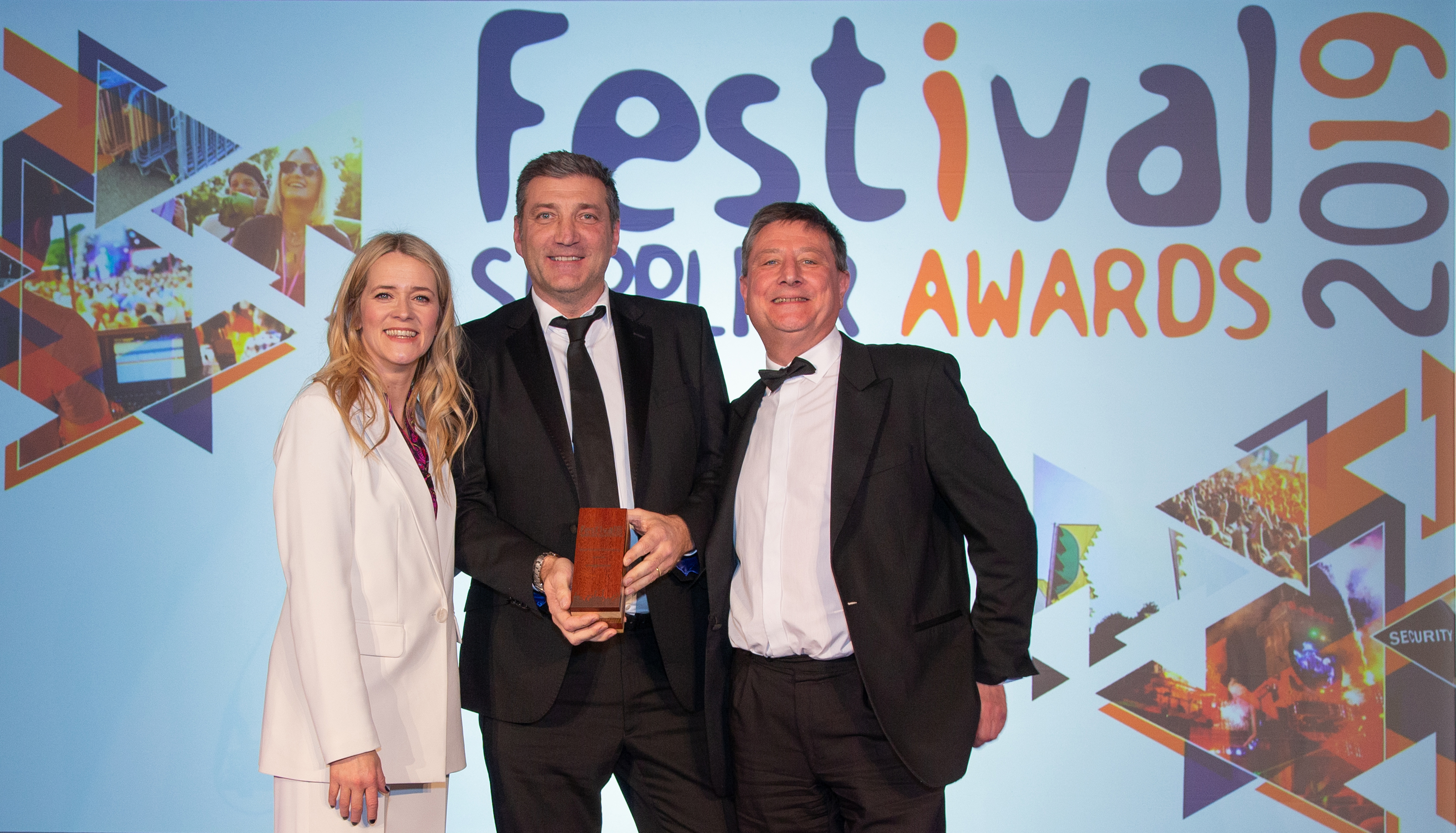 Posted at 15:48h in News by Imaginators

For the fourth consecutive year Imaginators have won Best Branding at the Festival Supplier Awards. We’re delighted to have been recognised as the leading supplier of festival and event branding at these prestigious industry awards.

We are immensely proud of our achievements and the efforts of our team across the business.

The Reading and Leeds Festivals are a pair of annual music festivals that take place in Reading and Leeds in England. The events take place simultaneously on the Friday, Saturday and Sunday of the August bank holiday weekend, sharing the same bill with an attendence in excess of 150,000 people.

New for 2018 was the introduction of large video screens with a curved profile returning on-stage. As a result, there were many changes to the stage structure from previous years and new innovative stage scrims would be required for both sites.

The brief was to design and produce branding seamlessly to cover the entire 70+ metre width of the stage. The project was overseen by Imaginators in-house Project Management team and involved close liaison with production, stage, screen and AV contractors.

Comprehensive drawings were prepared, circulated and amended in line with evolving technical and structural changes.

With it’s reputation for event and festival branding, Imaginators were sought out and approached by Twentieth Century Fox to assist with bringing the story of Queen, Freddie Mercury and Live Aid to the big screen.

For filming, a set of the iconic 1985 Wembley Live Aid stage was constructed on a giant film set in Hertfordshire which was later used in post production and green screen CGI. Imaginators were tasked with replicating the stage branding to look as close as possible to the 1985 original. This included stage scrims, backdrops and FoH branding.

The project was oversee by Imaginators in-house Project Management team including initial consultations, feasability studies and photographic trials in advance of filming. Not a simple task given the exacting detail required by Twentieth Century Fox and their insistance everything should be an exact replica of the original 1985 event. Imaginators brought its knowledge and understanding of the music festival industry and stage branding to the big screen.

The client commented “The final results met the branding brief in every way and will be re-used for subsequent years” adding “The brief was incredibly complex. We have often called upon Imaginators at the very last minute and they have never failed to deliver to the same exacting standards. There is no one else we would trust or rely upon for what is an important part of our stage design. We required more than just a solution, we required the entire project being managed. Imaginators knowledge and understanding of printing and the quality they provide is quite exceptional. Imaginators delivered exactly to the brief. Another job well done”.

Twentieth Century Fox is one of the “Big Six” major American film studios.

“By ending the emotional movie with Live Aid, the goal is to uplift audiences. Imaginators contributed to the authenticity of the movie and helped make this a real celebration.” and “that the branding met all the criteria and the hard work was appreciated by the film production team.”

“All the judges in this category highlighted Imaginators attention to detail. They were also impressed with its ability to meet clients needs whilst remaining competitively priced and with its great approach to sustainability. An exceptional winner”.

The Festival Supplier Awards were launched in 2014 to recognise the achievements and hard work of outdoor event and festival suppliers. Already firmly established as an excellent evening of celebration and networking, the awards are held in the Private Members Club of London’s Hurlingham Club.

A dedicated awards evening highlights the creativity and innovation that suppliers deliver to produce fantastic festivals and events.

The Festival Supplier Awards are timed perfectly to kick start the industry’s year and as a result they have quickly grown in stature and popularity and recognise leaders in their field.