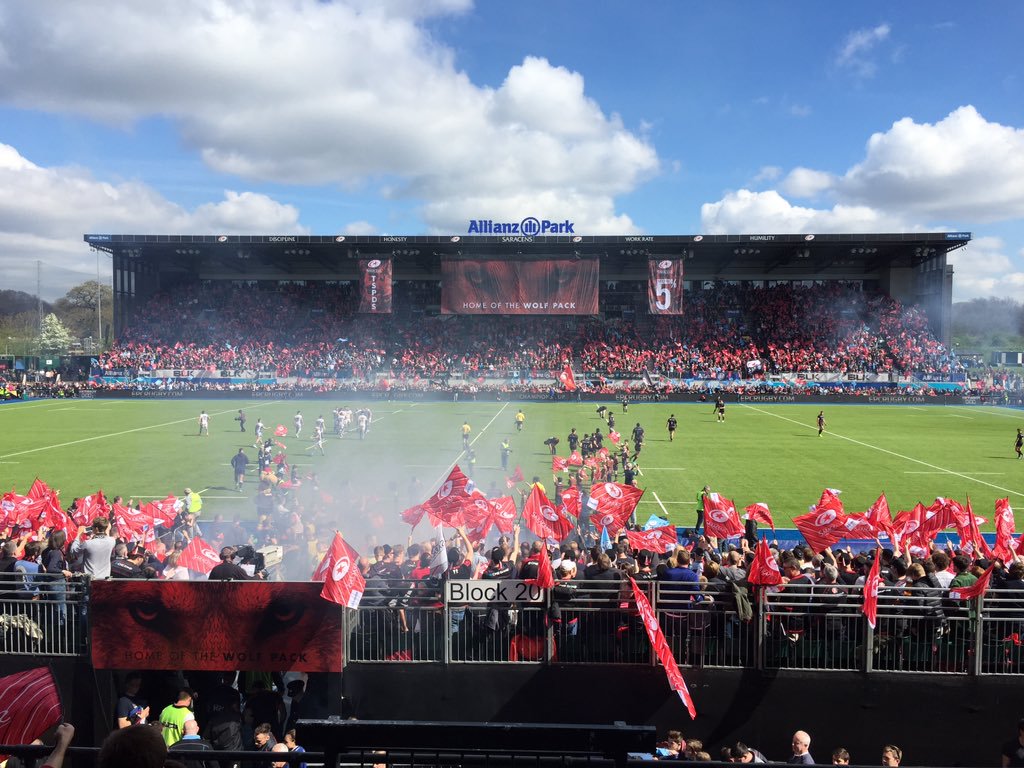 Imaginators have been the preferred sports branding, stadium branding, signage and display provider to Saracens Rugby since 1995 and have assisted the Premiership Rugby Club with sports branding and stadium signage and graphics at Vicarage Road and more recently since the clubs move to Allianz Park 2013.

The three banners were to be motorised and lowered from the roof of the iconic east stand as the players ran onto the pitch before kick off. Hidden from view before and during the match, the huge graphics were also lowered at half time. The giant graphics carried motivational messages to the players to encourage optimum performance during the 2017 European Cup Semi Final and featured heavily on BT Sports coverage of the match.

The client commented ‘A complete success’ and ‘the experience of Imaginators means we just don’t have to worry – we know they deliver, brilliantly.’

Glastonbury 2016 - my favourite Coldplay show of all time. Really glad some of you got to see it again over the weekend on the BBC. Just saw they added this highlight to their YouTube. PH https://youtu.be/i70GfNTQ5yw

Planning to restart your construction site after lockdown? Discover our range of signage and safety solutions to help you restart safely. #weareopen #restartsafely https://bit.ly/3e2AlSl

We are so very proud to have been involved with this project. #PinYourThanks #RestartSafely

Yesterday our GIANT pin badge took centre stage in Trafalgar Square, London. We wanted to say a massive thank you to everyone that made this possible! 👏🏻❤️ HUGE Thanks to @helixworkshop, @Number8Events, papsarazzi, @Imaginatorsuk, and @CityWestminster💥👏🏻 #PinYourThanks